Heating a piece of metal until it glows cherry red and while still hot, forming it into a usable shape isn’t new. Hot forging existed before modern times and is documented in some of the oldest Sanskrit texts. In contrast, hot stamping of sheet steels is in its infancy. Here, a medium strength, low ductility steel is heated to over 900°C and formed at the same time it is quenched in a highly engineered process.

The first “Hot Stamping process” patent was issued in 1973, but it took until 1981 for the first mass produced parts to reach production volumes- a spade or shovel blade, with an annual volume of 20,000 pieces. In 1984 SAAB began producing side impact door beams as the automotive industry’s initial process application. Other auto makers began using the process which, for more than 10 years, was almost entirely used to produce side impact intrusion limiting door beams. In 1996 Renault began using the process to create bumper beams followed by Volvo and Ford (Focus) in 1998. Hot stamping applications have grown rapidly since those initial door beams and bumper beams. Approximately 10% by mass of a typical body-in-white is made from some form of press hardened material, with some vehicles pushing 40%. Over 600,000,000 hot stamped parts are produced annually.

What is driving this rapid change to materials with mechanical properties not available a generation ago? There are several factors that have combined to make it necessary.

Recognizing the risk of climate change and air pollution, countries around the world have imposed strict requirements for tailpipe emissions. In the year 2021, the European Union average emissions target was a maximum of 95 g per kilometer driven, with policies requiring phased but escalating reductions from 2025 forward. Many countries around the world, including China and India, are employing even stricter reductions due to massive congestion and air quality issues in their mega-cities. There are significant penalties for missing these requirements. Recently, the European Union fined Volkswagen $121 Million for missing their target by 0.5 g/km.

Global Fuel Economy Standards have drastically increased. The US Congress in 1975 enacted Corporate Average Fuel Economy (CAFE) regulations intended to increase (double) fuel economy from the then 13.7 MPG to 27.5 MPG by 1985. For a variety of reasons, including customer demand for large vehicles, US auto industry has yet to meet the required fuel economy. The target was revised to 27 mpg for 2000 and has progressively increased to 38 mpg in 2018. Performance has not kept pace with the targets, since the measured average fuel economy fleet-wide in 2017 was 24.9 mpg. As with emissions, many other countries have more rigorous standards.

Example: 2020 IIHS side impact test (stationary vehicle being struct by a second vehicle):

The barrier test has increased in crash severity, now using a 4200-pound load compared to the previous standard which used a 3300-pound barrier. Impact speed has also increased from 31 MPH to 37 MPH. These seemingly minor test standard adjustments result in an 82% increase in crash energy that must be managed, to maintain the occupant envelope safely.

Martensite is the steel phase which has the highest strength but the lowest ductility. Fully martensitic sheet steels are available directly from the steel mills. These steels have been used for several decades in applications requiring intrusion resistance, such as bumpers and the passenger safety cage. However, wider use has been limited by its poor formability. That’s where hot stamping comes in.

A specific grade of medium strength steel (~ 400MPa yield, 550 MPa tensile) known as 22MnB5 is blanked, heated, then formed and quenched simultaneously. The thermal cycle and the forming deformation convert the microstructure to martensite. The formed part exits the stamping process with a yield strength typically above 1100 MPa, and a tensile strength of approximately 1500MPa.

To achieve uniform properties throughout the part and maintain good weldability, specific processing conditions must be used. These include a heat-up rate from room temperature to 930°C of no more than 12°C/sec and a dwell time long enough to achieve proper alloying of the coating. This results in a heating and soaking time that is about 330 seconds, but this may vary based on thickness and the presence of a surface coating. After that, transfer to the press needs to be done quickly, since the temperature at the start of forming should be around 750°C. And critical to achieve a martensitic microstructure, the quenching rate must be more than 50°C/s. Uniform cooling across the part is dependent on uniform contact between the upper and lower dies and the sheet. Cooling channels are needed to extract the heat from the part as it forms, and these channels must be a uniform distance from the surface to result in uniform properties.

Although forming is certainly easier at the high temperature, it is far from trivial. These steels usually have a surface coating applied, for corrosion protection and to mitigate surface oxidation (scaling) but can accelerate die wear. The most common coating found on PHS grades is an aluminum-silicon coating, which is abrasive on the tools and leads to high friction.

Going through this effort is worth it on parts needing these strength levels. Complex shapes can be created due to steel’s extra ductility at high temperatures. Dimensional accuracy is noticeably better than in cold stamping, since parts are quenched under full ram tonnage. Being able to put strength and mass only where needed have helped automakers optimize functional performance while minimizing weight and is a key reason why several vehicles have up to ⅓ of their body structure formed from press hardened steels.

If you are creating a cold stamped part, the targeted microstructure and the resultant tensile properties are created by the steel supplier’s process, and your primary responsibility is that your process creates a dimensionally accurate part. If you are hot stamping, you still have the responsibility of creating a dimensionally accurate part, but now you have the additional requirements of achieving the microstructure and properties that enable part performance. These steels are used in safety critical components, and process control is critical to achieve the required output conditions .All companies performing hot stamping must adhere to the AIAG CQI-9 standard for heat treat audit requirements to ensure the targeted mechanical properties are reached each and every time. 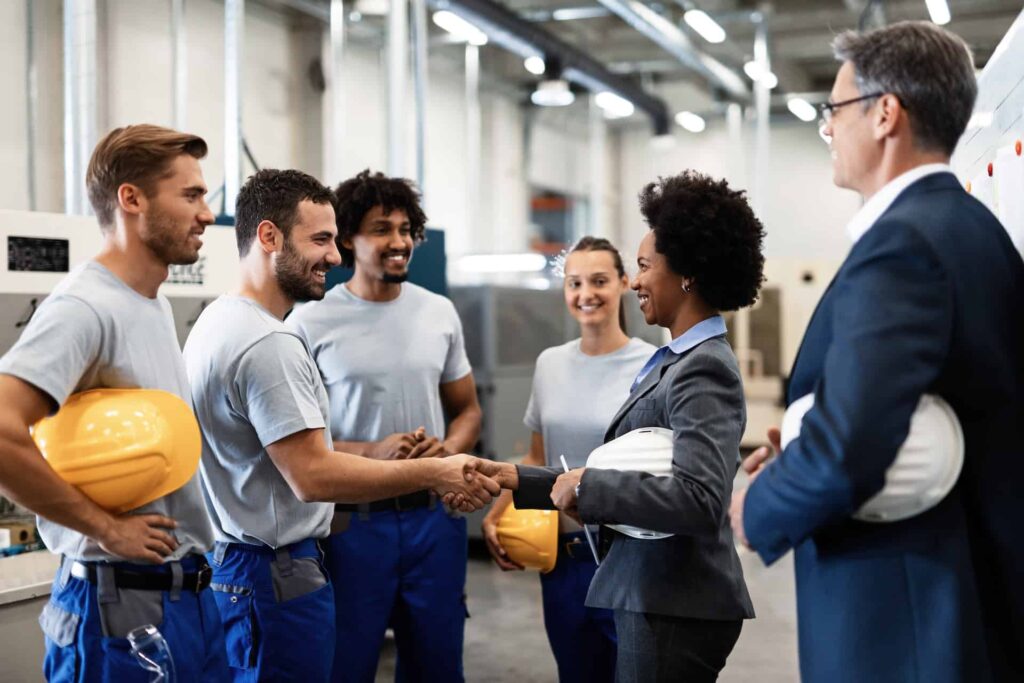